All BTS‘s Jin wants is to catch up over a bottle of wine with a fellow member!

He’s known for his persistence in asking J-Hope, flooding Weverse with drinking invitations that are often left unanswered. 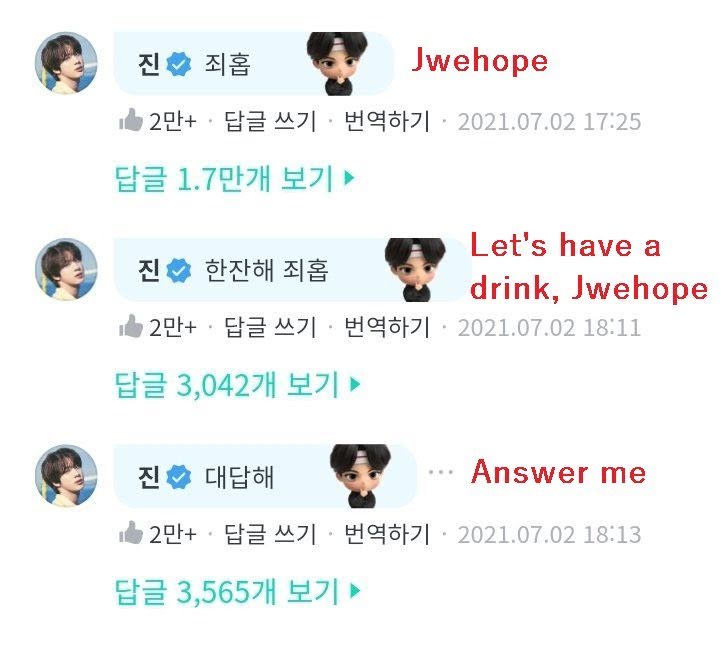 Despite no update from J-Hope’s end, Jin won’t give up!

However, according to RM‘s recent Weverse post, this seems to be something Jin does to all the members.

After a fan posted, “Oppa, would you have a drink with me?,” RM could only come to one conclusion.

Are you Jin hyung? 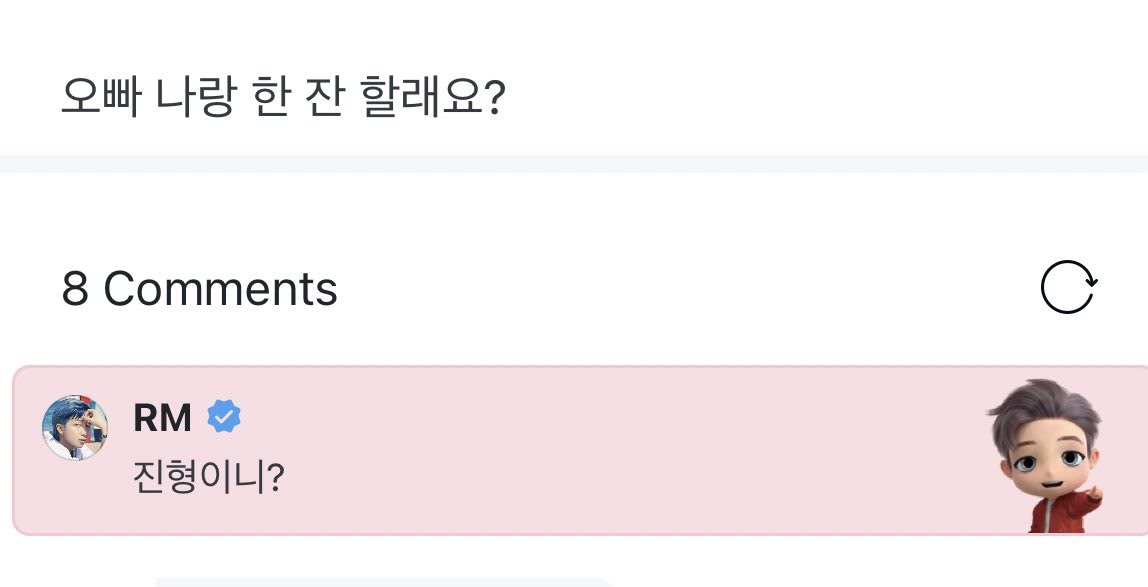 This time, it actually wasn’t Jin. However, the offer probably still stands!

It’s just a way to relax and catch up with his fellow members…and he’s very passionate about it!

With any luck, one day Jin will get the wine date he’s been hoping for!