In the past, many television hosts have gained attention for their love and support of BTS! Through appearances on American television, ARMYs have watched the group on some of the biggest chat shows.

One person who has constantly gained the praise of ARMYs is British host James Corden. Yet, recent comments made during The Late Late Show With James Corden are currently gaining criticism from ARMYs. 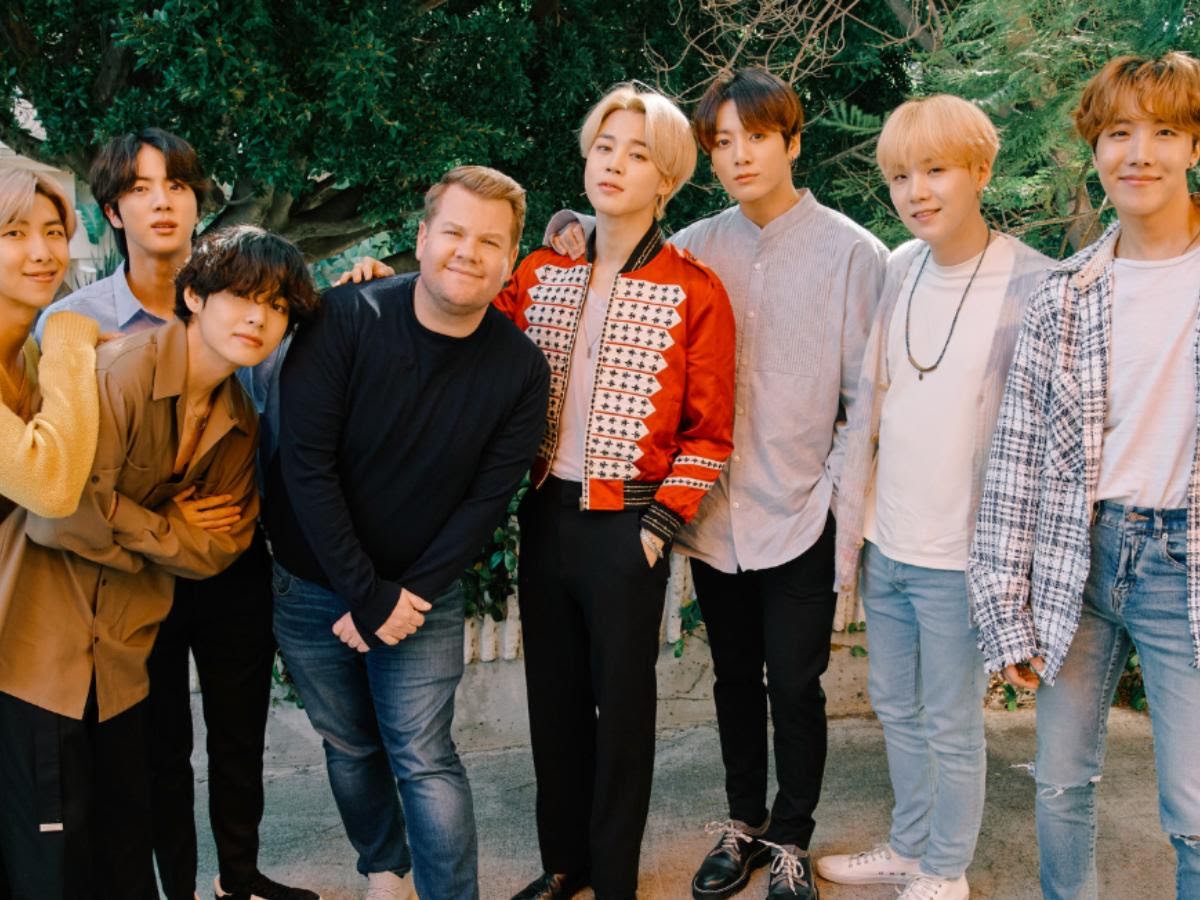 BTS recently once again stole the hearts of ARMYs worldwide after they participated at the 76th United Nations General Assembly in New York! They gained praise worldwide for their meaningful speech, which provided hope to many fans.

Yet, despite their passion and hard work to make it speak at the event for the third time in their careers, James Corden’s introduction of this appearance was not what ARMYs wanted. For many, they thought it disregarded the group’s influence and how deserving the spot was.

The UN General Assembly kicked off this morning in New York City. And it started with some pretty unusual visitors: BTS was there, BTS visited the UN.

Although he seemed to inadvertently praise the group for the number of views for their performance, many thought it seemed like a backhanded compliment.

Yet, for many, if that wasn’t enough, his comments about ARMYs later in the video caused even more upset. He tried to explain how he’d tell the shocked UN officials why BTS are so huge during the opening comments.

The world leaders have no choice but to take BTS seriously. At the end of the day, BTS has one of the largest ARMYs on planet Earth. Historic moment, it actually marks the first time 15-year-old girls everywhere found themselves wishing they were Secretary-General Guterres.

After the clip was posted, many ARMYs shared their views online of the comments made by Corden.

Ok so James Corden deleted. I hope that he is seriously contemplaring on his words. pic.twitter.com/xKrlXa0SjK

as of today, james corden is not allowed to use papa mochi anymore. we really can’t trust anyone, everyone just wants clout.

For ARMYs, there was anger and disappointment as many thought James Corden was a genuine BTS fan sharing his love for the members and fandom on many occasions. Now, they believe that, like a lot of hosts, they don’t respect the work from BTS or the love ARMYs have for the members.

Since the video was shared online, it has been deleted from YouTube. But neither James Corden nor the show has made a statement! You can watch the whole clip below.

For those who don’t know: James Corden is no longer our Papa Mochi after using the boys for clout and actively making fun of the fanbase— demoting it from a beautiful, diverse community into a bunch of “15 year old girls”. pic.twitter.com/QWn5hPMAFt