It has been a consistent trend for fans to try to scare their idols on live stream by commenting that there is someone behind them on camera. Here’s how each member of BTS has reacted to such comments, ranging from the hyper-scared Jin to the savage Suga!

I’m standing behind you? How childish. 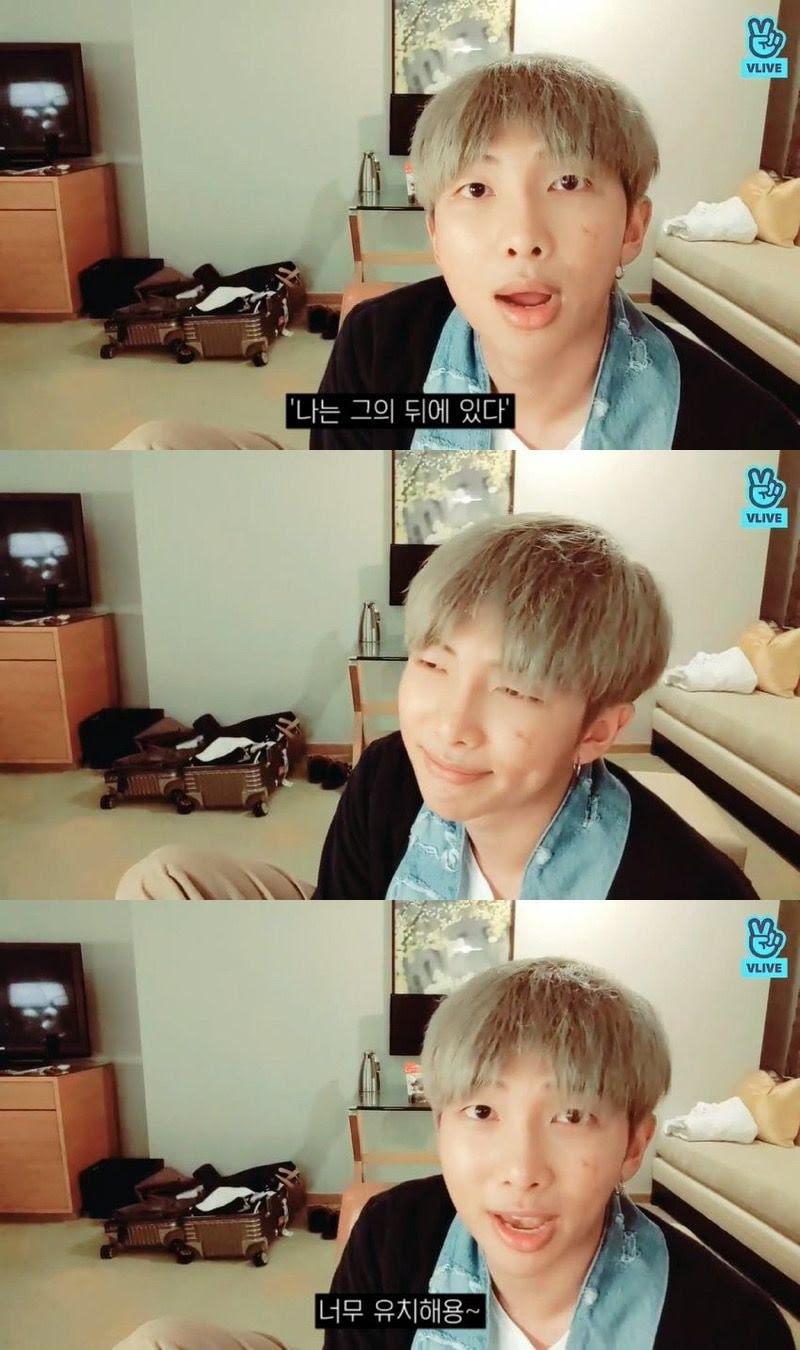 Ever the savage man, he shut such fans down quickly.

Is this something that’s trendy? You guys did this when J-Hope had his live stream, saying something is moving or there’s someone standing there, there’s someone under the bed or sofa. There’s absolutely nothing. Don’t worry. Did you think I would be like screaming? Well no, I don’t do that, so I’m sorry. I don’t. It seems like it’s foreigners that are commenting that. Stop. I think it’s foreigners that keep saying there’s someone behind. I don’t think it’s fun and your grammar is a little wrong. Well I guess you can’t understand me saying this now but you’ll get it when the subs are out. It’s not fun. Someone said, stop it, the kids will get scared. Nope, I’m not. It’s just, what should I say, like it’s only a waste of your internet data to be sending such things.

The adorable V responded by closing the curtains.

Don’t say such scary things. If you say that I won’t be able to sleep. Don’t. There’s nothing, right?

J-Hope personally went to check things out when fans said the frame was moving.

There’s someone behind? What are you saying. Don’t. There’s nothing. Don’t do it. I’ll get creeps while eating. I don’t like such things. The frame is moving? Really? No. It’s fixed to the wall. I sweated in that moment. I was so surprised. Isn’t this too much of a joke to play while I’m eating?

Jungkook tried to play along with fans by removing each item the fans claimed were moving.

There’s someone behind? Are you going to make me feel creeped out? There’s nothing behind me but my shoes. Stop saying there’s someone behind. Stop. The chair is moving? No, it’s probably my earrings that you’re seeing move. There’s no reason for the chair to move. Now there’s no more chair. The chair disappeared. The shoes are moving? Now I’ve removed the shoes too. It’s not moving.

Jimin had the most innocent response and thought fans were referring to his shadow.

He might be the oldest, but he’s also easy to scared.

Unfortunately, some fans are getting annoyed by this trend for they find that it isn’t funny at all. What could be a harmless joke to some, may seriously scare or bother others!