They not only inspired listeners around the world with their music but maybe even fellow musicians with their style. ARMY noticed some of the western celebrities in attendance at the 2021 MTV Video Music Awards may have taken fashion cues from the boys.

The first being American R&B singer and songwriter Giveon. He wore a stylish black shorts suit with a plain white shirt. There was something about it that reminded ARMY of an iconic BTS era…

THEY GOT GIVEON IN THE I NEED U SHORTS pic.twitter.com/DBV4TxAQDS

We think he would fit right in during BTS’s “I NEED U” era. They also wore a lot of preppy black and white attire, oftentimes with shorts.

He wasn’t the only one who seemed to channel some of BTS’s classic eras. An ARMY retweeted photos of English singer-songwriter and record producer Ed Sheeran wearing a Versace suit on the red carpet captioned with lyrics from “We Are Bulletproof Pt.2.”

The iconic Versace pattern in black and gold provoke flashbacks for ARMY of BTS during their 2 COOL 4 SKOOL days. Anyone else hearing “We Are Bulletproof Pt.2.” playing right now looking at these fits? 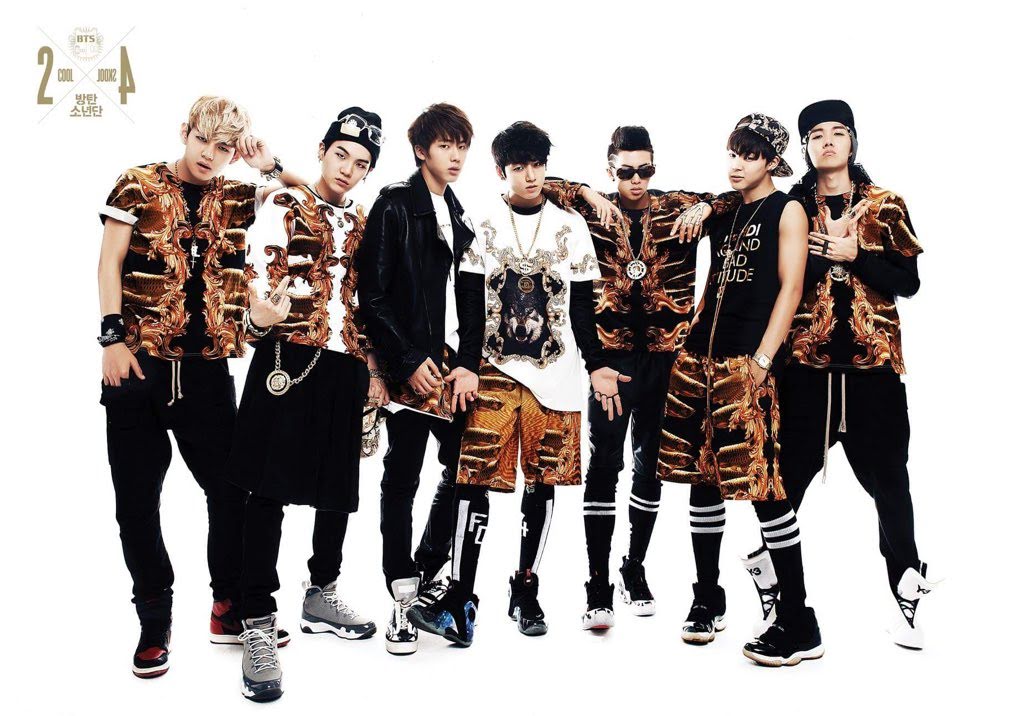 And, of course, ARMY cannot stop editing these new pictures of Ed Sheeran into old pictures of BTS now.

Editing is my passion

He just seems to fit right in like they had left space available for him. They are besties now, after all, since they collaborated on “Permission to Dance” and “Make It Right.” Maybe they always knew this day would come!

The 8th member of BTS

Whether it’s true or not that BTS inspired these singer-songwriters, the similarities in style are undeniable, and we can’t unsee it.