While all of the BTS members delivered some serious

vibes, Jungkook himself was particularly singled out for his suave. Fans claimed he looked like a rookie new entry office worker on his way to work.

This narrative was fueled by his slicked hair…

…the professional-looking lanyard and ID around his neck… 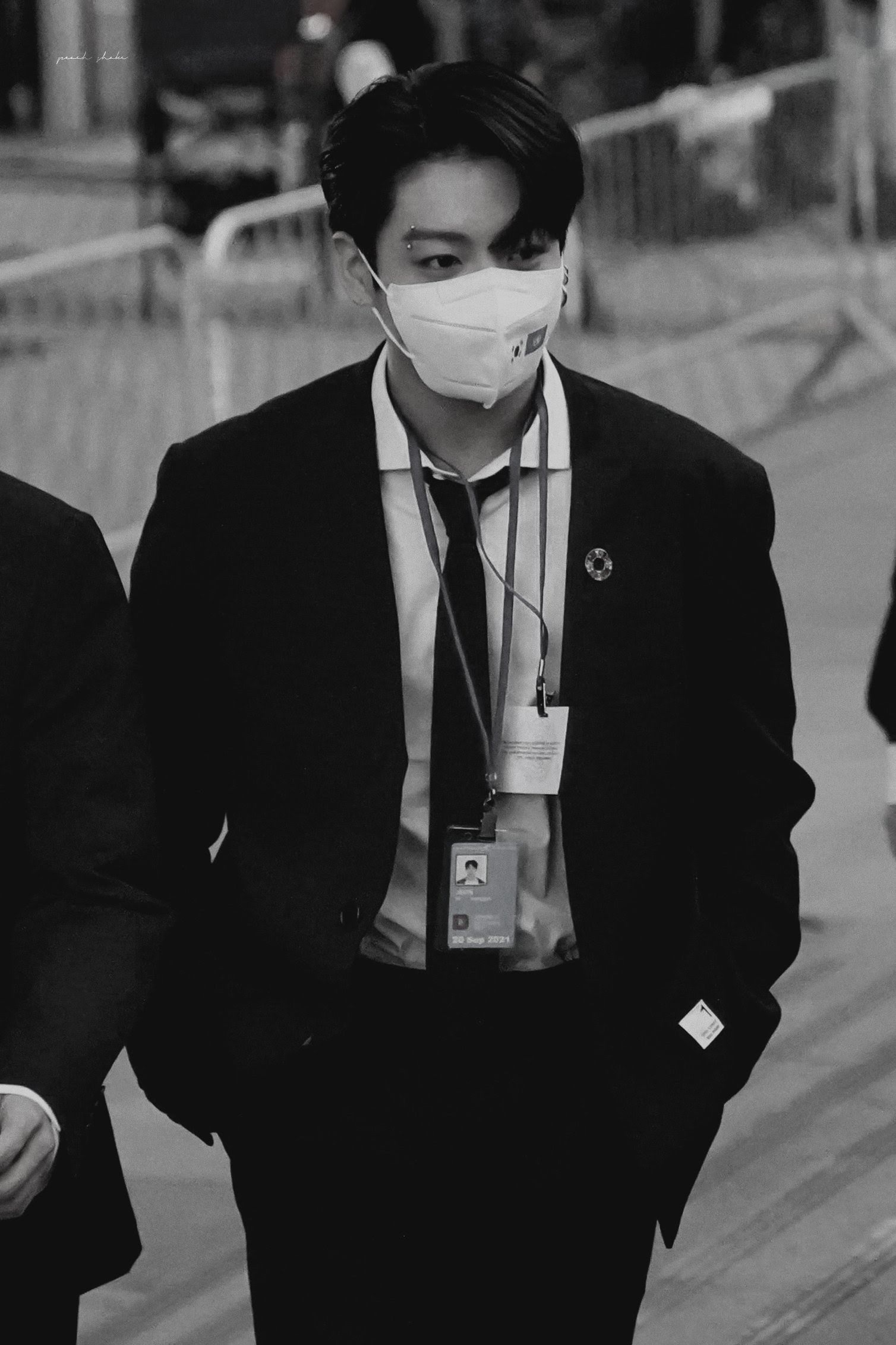 …and not to mention, the way he held those cue cards like he was giving a presentation to the board.

While his eyebrow piercings might not be very customary of office workers, the accessories added a cool touch to the otherwise formal look. 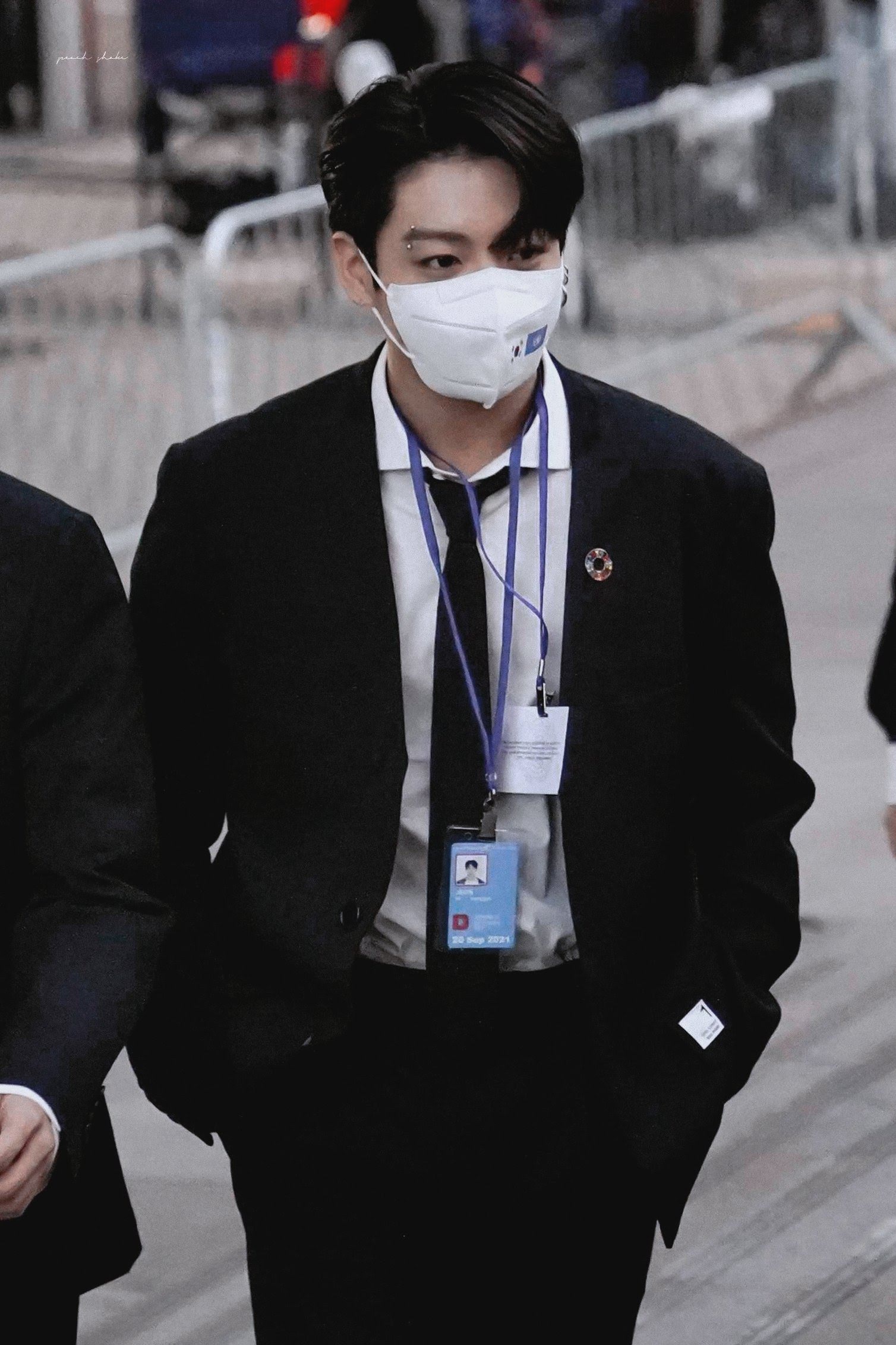 Of course, everyone was taken by his handsome features and the way he rocked a suit.