As it approaches the end of the day, BTS‘s J-Hope continued Jungkook’s 24th birthday celebrations by uploading some of his own favorite memories with the maknae.

Happy birthday to our beloved maknae

It seemed to be nothing out of the ordinary as J-Hope was sharing lots of birthday messages for Jungkook as he usually does with his members. However, ARMYs noticed that for one of the posts, he deleted it shortly after posting. Then just a few minutes later, he re-uploaded it again.

At first glance, there seemed to be no changes. Everything was the same, from the message and hashtags to the photos.

Until you clicked on the photo of J-Hope, RM, and Jungkook from the filming of episode 99 of Run BTS!, suddenly, there were now random stickers of hearts and a laughing emoji placed right beside J-Hope’s arm. Why did he feel the need to makes these changes?

Originally, the photo showed part of J-Hope’s iPhone peeking out from underneath his arm. While this might not seem like a big deal at first, he realized that it wouldn’t be appropriate to post…

Because he, as part of BTS, is one of the brand ambassadors for Samsung, a competitor to Apple. While this photo may be from the past, it would still be awkward for a Samsung ambassador to promote a competitor brand accidentally! 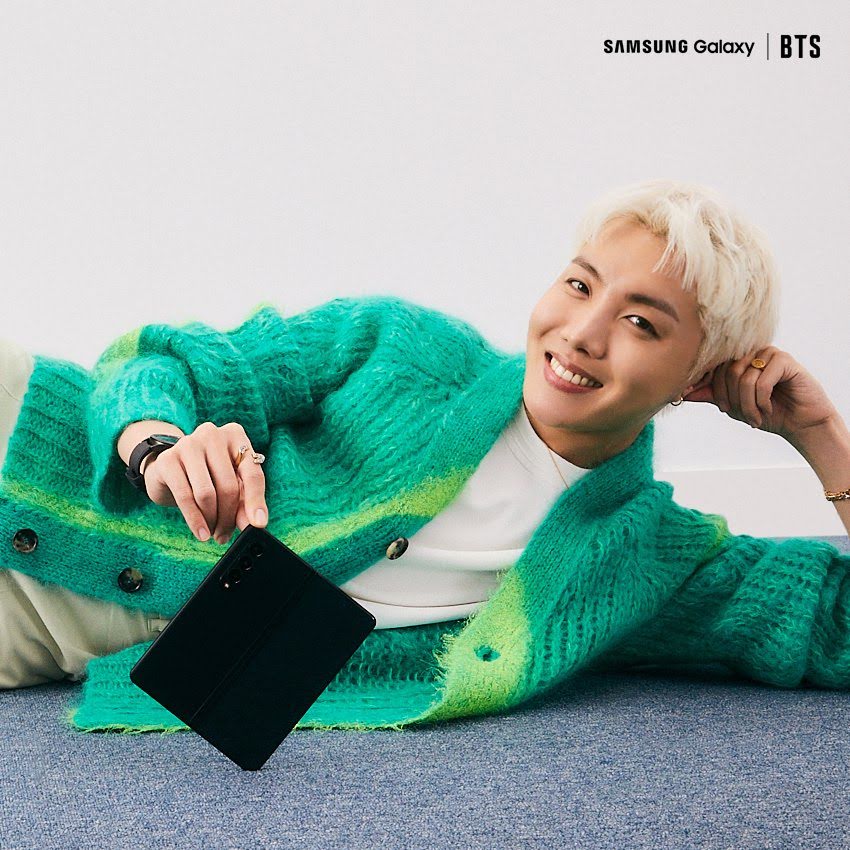 While he did catch the mistake quickly, still many Eagle-eyed fans noticed… Sorry, J-Hope!

This wouldn’t be the first accident J-Hope even made in the last 24 hours. He previously revealed a spoiler of some kind during Jungkook’s birthday live broadcast. Read about it below:

BTS’s J-Hope Dropped A Spoiler On Jungkook’s Birthday Broadcast, And ARMYs Are Trying To Connect The Clues