BTS and British rock band Coldplay’s collaboration track “My Universe” has made its way to the top on the U.S. Billboard Hot 100 chart as expected for the week of October 9. According to Billboard, it is the “first collaboration by two lead groups to reach No. 1” in the history of Billboard. 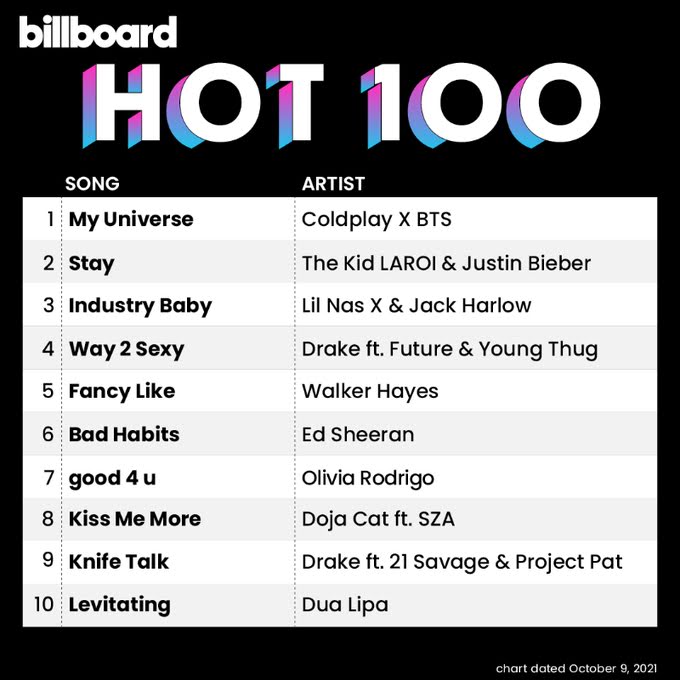 This was a historic achievement for all involved in the making of “My Universe.” Producer Max Martin tied with George Martin for most No. 1s on Hot 100 as a producer. Meanwhile, it earned BTS their sixth career No. 1 hit and Coldplay their second after “Viva La Vida.”
With six Hot 100 No. 1s all in just a span of just barely over a year. It is the quickest accumulation since another popular international boy band, The Beatles. They scored their first six hits over a year and two weeks during 1964-66.

With a successful feat for everyone, Coldplay took to social media to share a warm message to everyone who made it possible, BTS and the groups’ fandoms ARMY and Coldplayers. They signed it with their signature, “c, g, w, j & p,” representing the team, lead singer Chris Martin, bassist Guy Berryman, drummer Will Champion, lead guitarist Jonny Buckland, and creative director Phil Harvey.

Congratulations RM, Jin, SUGA, j-hope, Jimin, V and Jung Kook @BTS_twt. Thankyou to Coldplayers and ARMY and everyone who made this happen.

BTS returned the sentiments with their own message, retweeting Coldplay’s. They sent love and congratulations to Coldplay, ARMY, and Coldplayers. They paid tribute to Coldplay with their own signature of “r, j, s, h, j, j, v” for RM, Jin, Suga, Hoseok (J-Hope), Jimin, Jungkook, and V.

It's been always an honor to make this all happen with you ! Big love and congrats !
Thank you to ARMY and Coldplayers

According to Billboard, “‘My Universe’ debuts at No. 1 with 11.5 million U.S. streams, 5.5 million radio airplay audience impressions and 127,000 downloads sold in its first week.” It was the top-selling song of the week.

Additionally, Billboard announced that Coldplay and BTS’s “My Universe” charted No. 1 on both Global charts as well for the week of October 9. 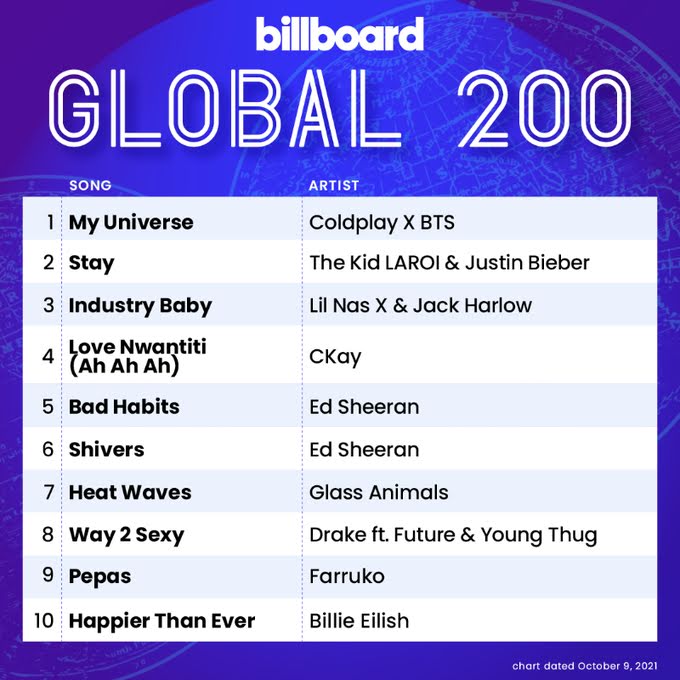 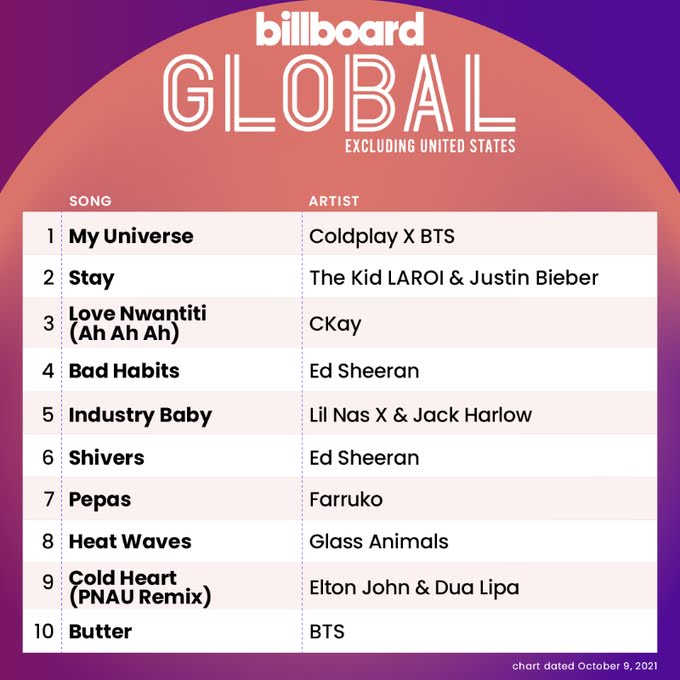 Read more about BTS and Coldplay below: